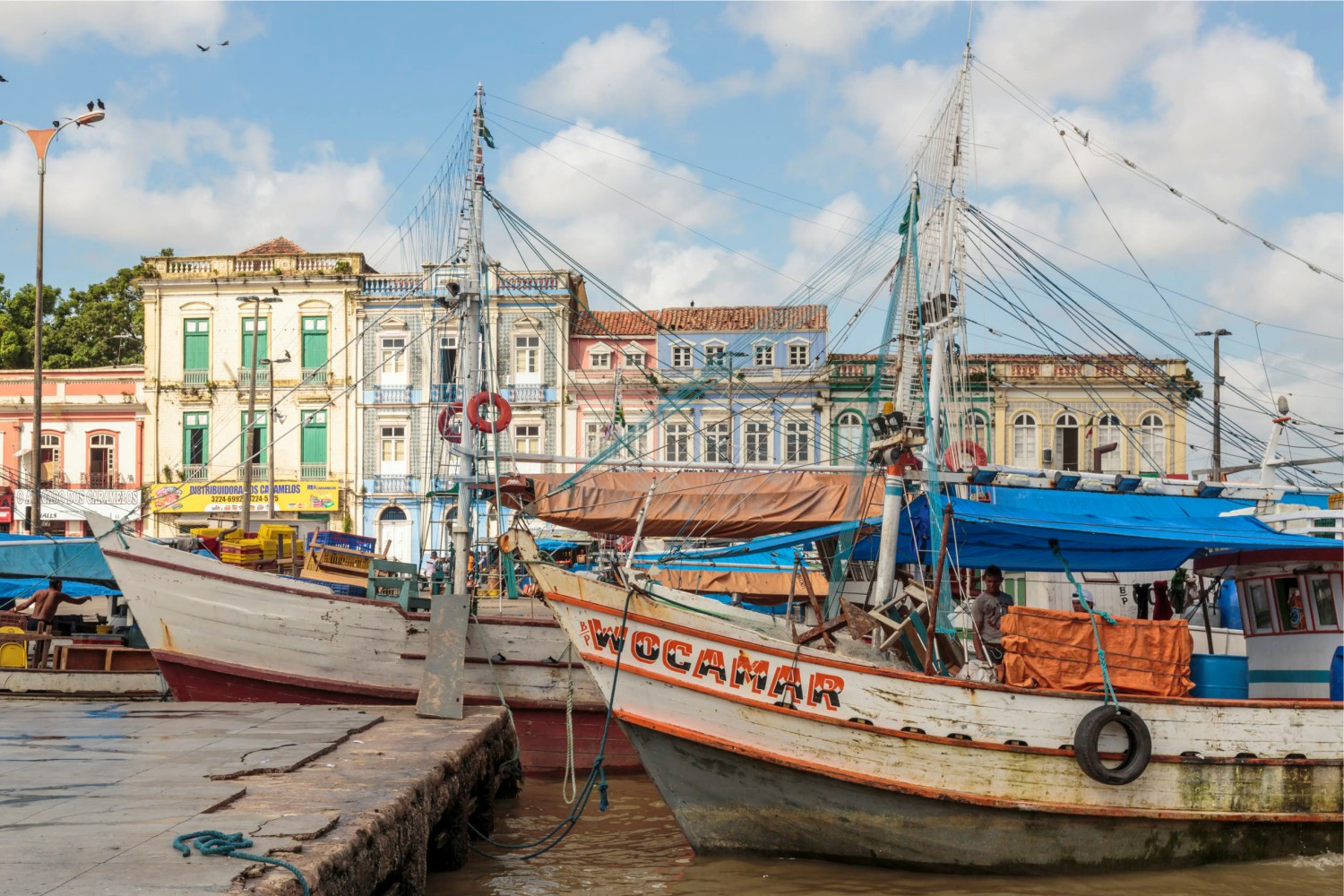 Belém (map) is capital and largest city of the state of *Pará. It is the gateway to the Amazon River with a busy port, airport, and bus/coach station. It became an extremely wealthy city with the Rubber Boom at the end of the 19th century and many beautiful colonial buildings from this era are still visible.

Every year, on the second Sunday of October, Belém features one of the largest Catholic parades in the world, Círio de Nazaré (unesco.org).

Belém is a lively and friendly city but it can look quite unappealing at first sight. There are a lot of modern high rises, but between them particularly in Cidade Velha and Campinas there are a vast number of well preserved colonial buildings, from the rubber boom and earlier.

Founded in 1616 by the Kingdom of Portugal, Belém was the first European colony on the Amazon but did not become part of Brazil until 1775. The colonial portion retains the charm of tree-filled squares, churches and traditional blue tiles. The city has a rich history and architecture from colonial times.

In many ways, Belém’s colonial architecture reflects the seventeenth-century architecture of Lisbon in Portugal which served as the inspiration for the main housing projects of the time, with the frequent use of tile-hung facades. Neoclassical architecture is also present in buildings such as the Theatro da Paz (map), built in 1874.

Belém began with the narrow streets of the Cidade Velha (Old City, map), a district which still preserves some structures that the Portuguese colonials built here, places like Forte do Castelo, a fort built to defend the region against French, Dutch and British colonization attempts, and one of the first structures in the capital.

Mercado Ver-o-Peso (map) – by the waterfront, the first and foremost tourist attraction of the whole Pará state. Here you will find fish, fruit, vegetables, regional items and offers a good insight into traditional local culture.

Forte do Castelo (map). The old fortress in the oldest part of town.

BUS >  Huge bus terminal a few kilometers east of the center. Many local buses pass here. It is possible to travel by air-conditioned coach to Belém from most major points in Brazil.

WATERWAYS >   Passenger terminal at the north end of the docks. Many daily boats to nearby islands, including twice to Rio Branco. Also to Macapá, Santarém Belem and Manaus, with connections further north and west.

In northern Brazil, it is possible to travel many distances by boat. In fact, the boat is the main and most accessible means of transport to get around the Amazon, since the Amazon Forest is cut by many rivers and some cities are inaccessible by road. The best boat services in the country are in the Amazon, where you can ride on speedboats and comfortable yachts or small wooden boats.