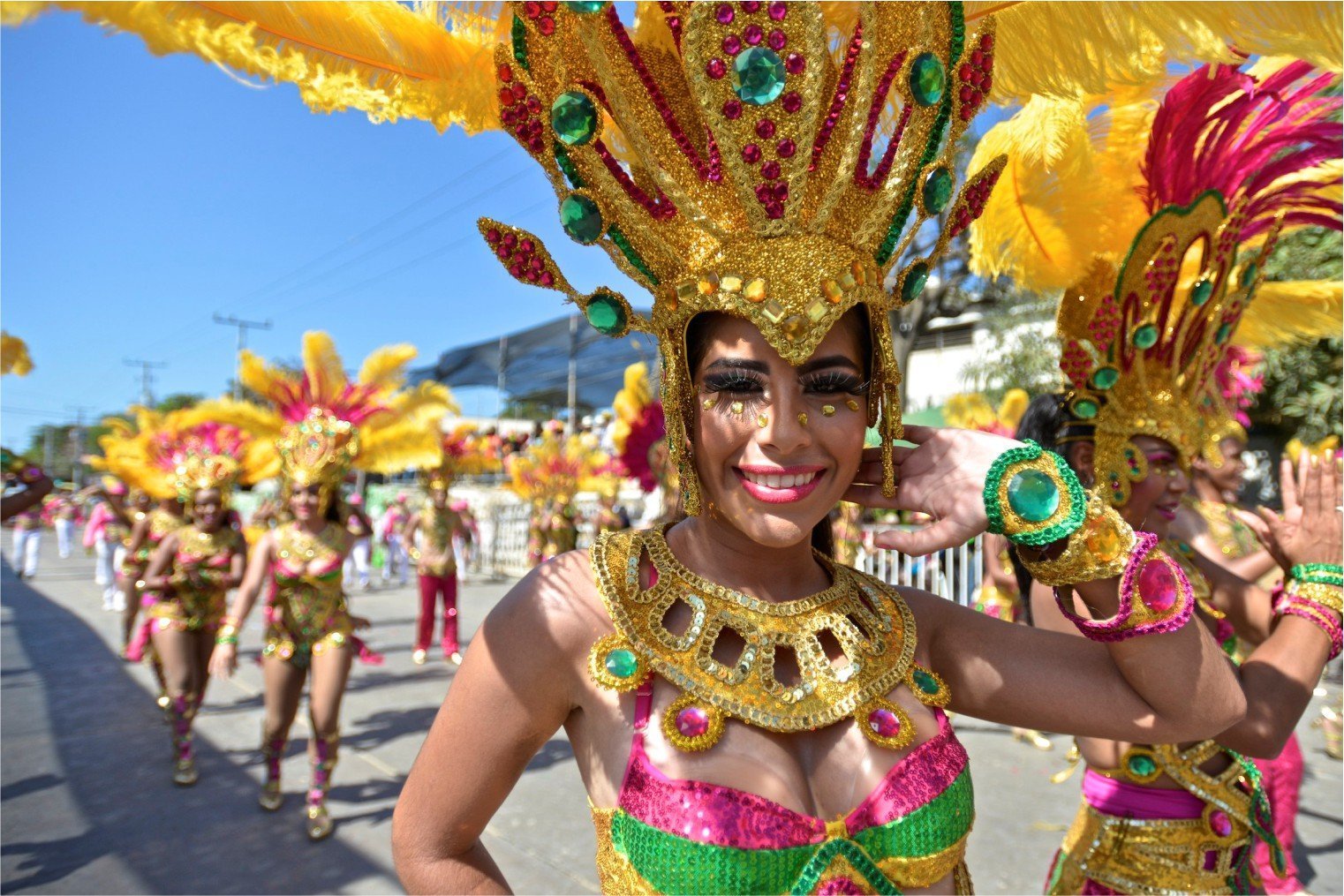 Barranquilla (map) is a cosmopolitan and primarily industrial city. However the main attraction for tourism is its carnival “Carnaval de Barranquilla,” that takes place during the four days before Ash Wednesday. In November 2003, UNESCO proclaimed it as one of 28 different “masterpieces of the oral and intangible heritage of humanity.

The Carnival of Barranquilla (Carnaval de Barranquilla) is one of Colombia’s most important folkloric celebrations, and one of the biggest carnivals in the world. During the carnival, Barranquilla’s normal activities are put aside as the city gets busy with street dances, musical and masquerade parades. The Carnival Of Barranquilla includes dances such as the Spanish paloteo, African Congo, and indigenous mico y micas.

The Carnival starts on the Saturday before the Ash Wednesday with the Battle of the Flowers (La Batalla de Flores), which is considered one of the main activities. Then, The Great Parade (La Gran Parada) on Sunday and Monday is marked by an Orchestra Festival with Caribbean and Latin bands. Tuesday signals the end of the carnival, announced by the burial of Joselito Carnaval, who is mourned by everyone.

The main Venue of the Carnival is the Vía 40, which is an industrial avenue where the Battle of Flowers (Saturday). The Great Parade (Sunday) and The Great Fantasy Parade (Monday) take place.

Other venues are the 17 road (The King Momo Parade), the 44 road (Guacherna), the Romelio Martínez stadium (Orchestras festival, The queen crowning), La Paz square (the Proclamation reading), as well as verbenas and closed dancing rooms featuring live music, to which a ticket must be bought for accessing. Most of the parades can be viewed for free, but it’s a good idea to buy a ticket to one of the bleacher seats for better views.

Barranquilla’s Carnival slogan is: Those who live it are those who enjoy it (Quien lo vive, es quien lo goza).

The festivities, which are presided over by both the carnival queen and the Momo King elected the previous year, starts non-officially just after the New Year’s Eve.

La Guacherna is a nocturnal parade and is considered as the most important pre-carnival event. It takes place on the previous week Friday before the beginning of the carnival. Many folkloric groups, cumbiambas, tamboras, disguises to the light of candles and people holding color lanterns participate in it.

BUS >   For those with more spirit for adventure, buses are another option. In this case, talking to the driver may not be necessary, but knowing someone in town is definitely of great help when choosing the right route.

Barranquilla can also be a connection to other cities of the northern coast of the country, provided the traveler doesn’t have a flight connection to anywhere else in Colombia already.

AIRPORTS >   Ernesto Cortissoz International Airport is on the far south side of the city.