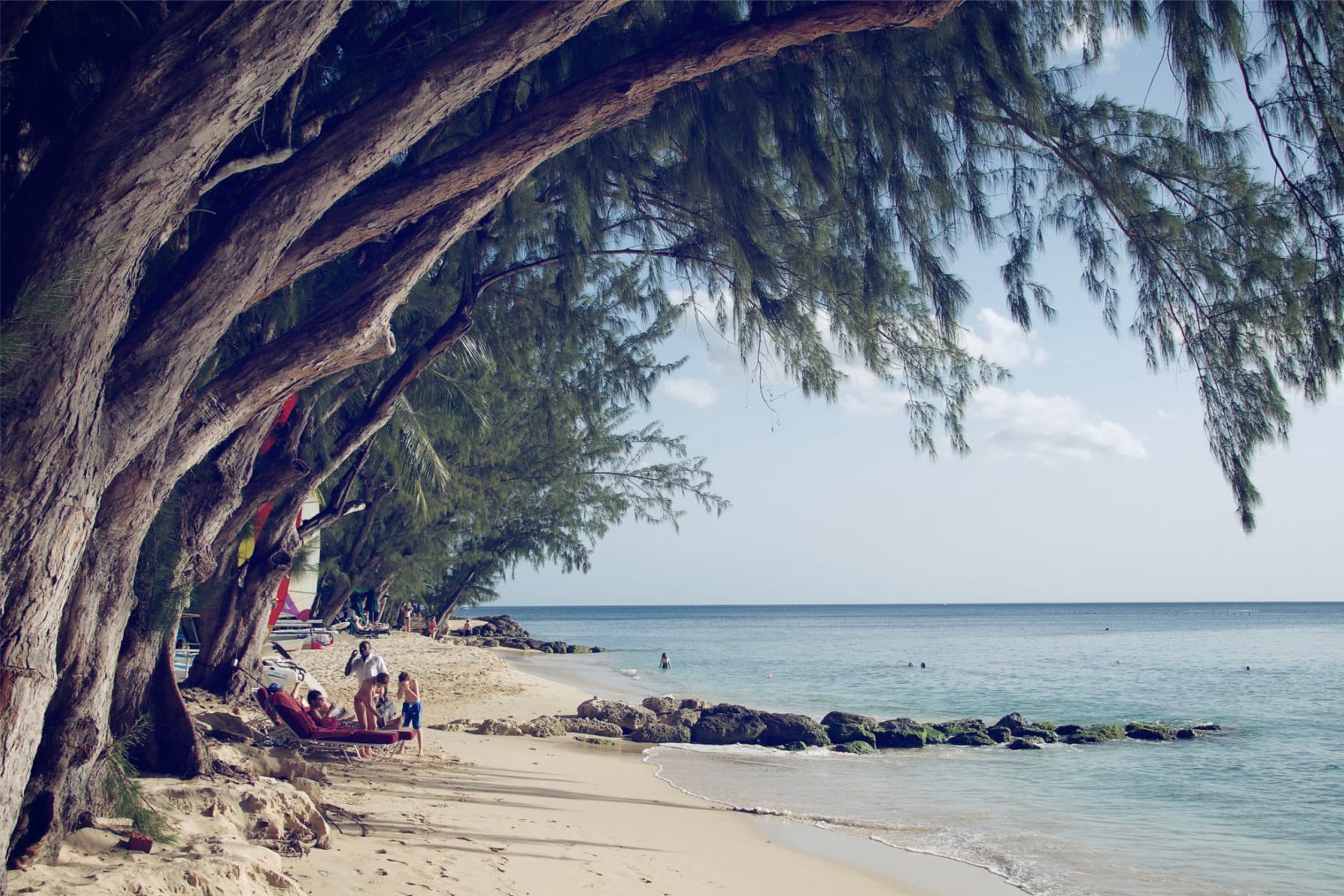 Barbados is an island in the Caribbean region, but which lies out in the Atlantic many miles east of the Caribbean Sea. Its nearest neighbours, some 100 miles west, are *Saint Vincent and Saint Lucia.

The Crane beach (map) was named one of the top 10 best beaches in the world.

A problem in Barbados is that tourist facilities are too densely concentrated on the south coast, which is highly urbanised, while the Atlantic coast—with a rugged shoreline and large waves—is not suitable for beach tourism.

*The Mount Gay Rum visitors centre in Barbados (map) claims to be the world’s oldest remaining rum company, with earliest confirmed deed from 1703. Cockspur Rum and Malibu are also from the island.

The country generally experiences two seasons, “wet season”, this period runs from June to December, “dry season” runs from December to May.

Although Barbados is about 34 km (21 mi) across at its widest point, a car journey from Six Cross Roads in St. Philip (south-east) to North Point in St. Lucy (north-central) can take one and a half hours or longer due to traffic.

Transport on the island is relatively convenient with “route taxis” called “ZRs” (pronounced “Zed-Rs”) travelling to most points on the island. These small buses can at times be crowded, as passengers are generally never turned down regardless of the number. They will usually take the more scenic routes to destinations.

The island’s lone airport is the Grantley Adams International Airport.

There are no ferries between Barbados and the other Caribbean islands.