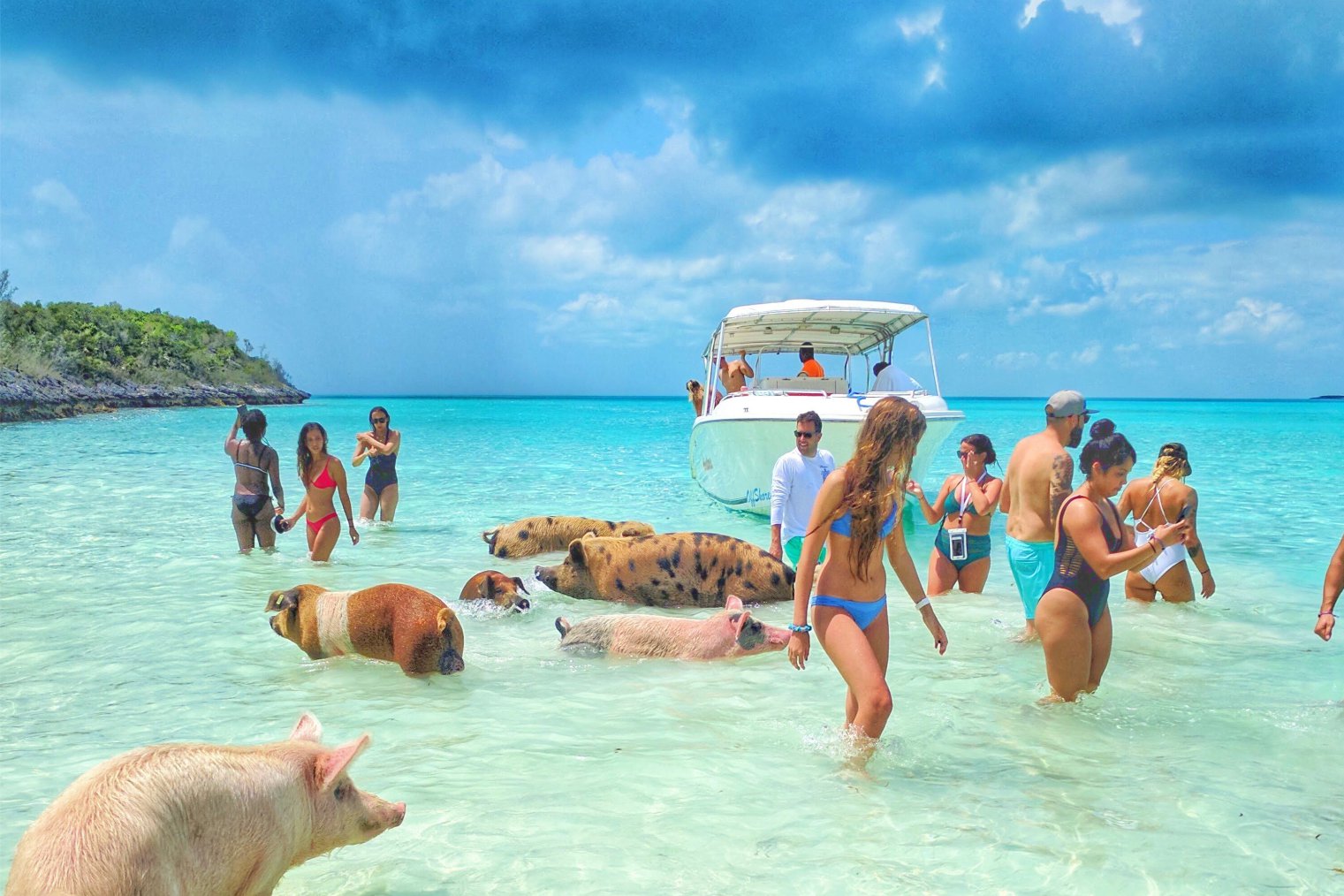 Not densely populated, the Bahamas is renowned for its natural beauty, unique culture, and is a popular tropical vacation destination. Tourism as an industry not only accounts for about 50% of the Bahamian GDP, but also provides jobs for about half of the country’s workforce.

*Columbus was the first European to see the islands, making his first landfall in the ‘New World’ in 1492.

Visa Requirements – Getting to The Bahamas • Islands of the Bahamas

The culture of the islands is a mixture of African (Afro-Bahamians being the largest ethnicity), British (as the former colonial power) and American (as the dominant country in the region and source of most tourists).

*Junkanoo is a traditional Afro-Bahamian street parade of ‘rushing’, music, dance and art held in Nassau (and a few other settlements) every Boxing Day (December 26) and New Year’s Day (January 1).

The word The constitutes an integral part of the short form of the name and is, therefore, capitalised The Bahamas.

Visitors should exercise caution and good judgment when visiting The Bahamas. Violent crime has increased in the recent past, and the American Embassy has received several reports of sexual assaults on American tourists, including teen-aged girls.

The Bahamas are a popular port of call for cruise ships plying the Caribbean. The capital, Nassau, on New Providence Island is one of the world’s busiest cruise ship ports, and is well served by ships that originate from Florida. Freeport on Grand Bahama Island is a growing destination as well.

Mail boats serve almost all populated islands in the Bahamas, and are amongst the cheapest way to reach many areas, though be warned that many passengers find them slow and not very comfortable. They generally run from Nassau to each island once per week, but are notoriously unreliable, and can be delayed for days at a time.

Bahamas Ferries runs between several of the major islands. It’s known for being a bit more expensive but much more reliable than mail boats.