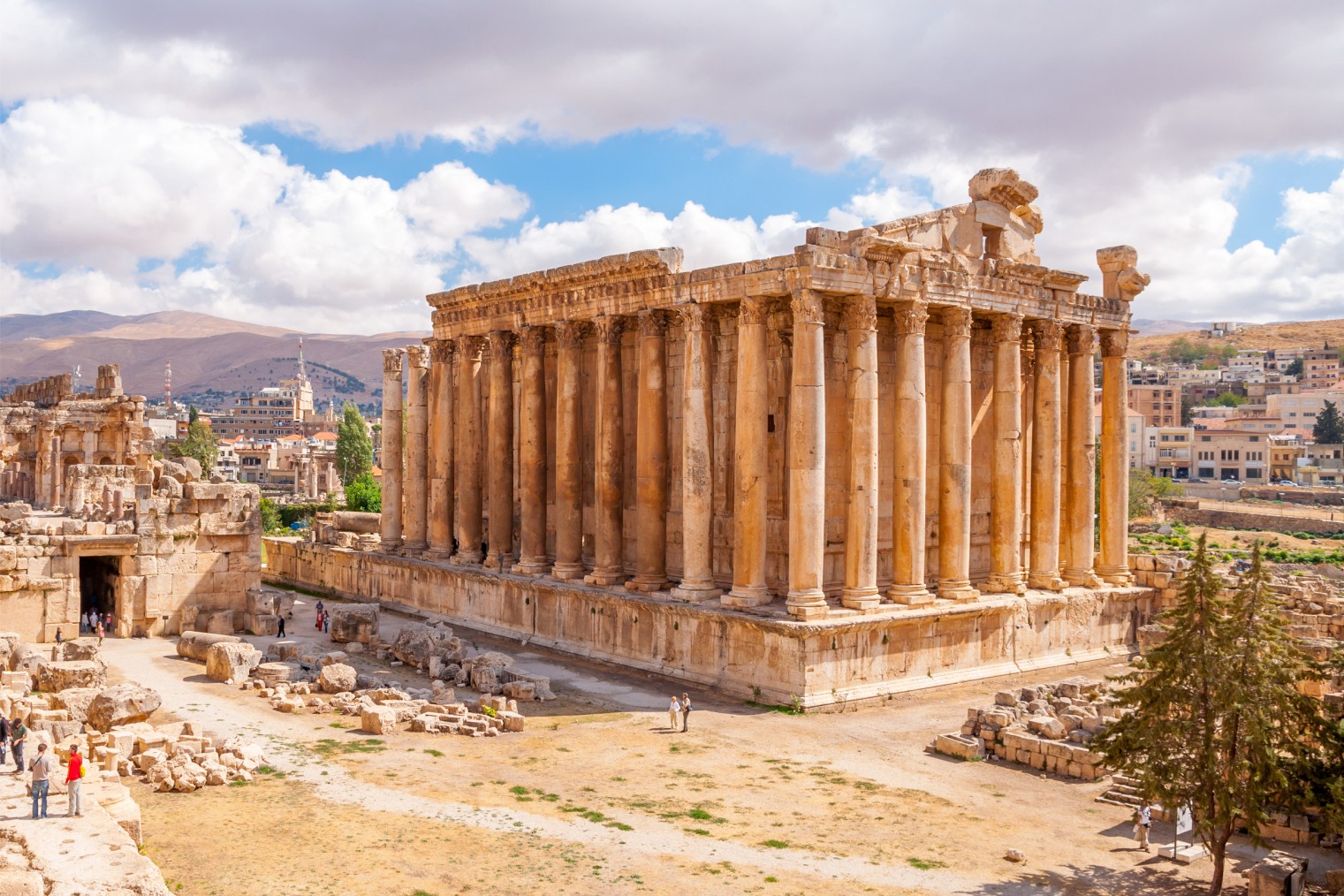 Baalbek is a city located about 67 km (42 mi) northeast of Beirut. It is the capital of Baalbek-Hermel Governorate. In Greek and Roman times Baalbek was also known as Heliopolis (Ἡλιούπολις, Greek for “Sun City”).

It is home to the Baalbek temple (map) complex which includes two of the largest and grandest Roman temple ruins: the Temple of Bacchus (map) and the Temple of Jupiter (map).

Archaeological sites and architectural heritage include Baalbek, *Byblos, *Sidon, *Tripoli, and *Tyre. Most of these cities are UNESCO World Heritage Sites. Other sites of notable interest are *Jeita caves (map), *Qadisha valley with its monasteries, and *Zahle.

The complex is located on an immense[vague] raised plaza erected 5 m (16 ft) over an earlier T-shaped base consisting of a podium, staircase, and foundation walls. These walls were built from about 24 monoliths, at their lowest level weighing approximately 300 tonnes (330 tons) each.

A fifth, still larger stone weighing approximately 1,200 tonnes (1,300 tons) lies in the same quarry. This quarry was slightly higher than the temple complex, so no lifting was required to move the stones. Through the foundation there run three enormous passages the size of railway tunnels.

Beirut has survived a rough history, falling under the occupation of one empire after another. Originally named Bêrūt, “The Wells” by the Phoenicians, Beirut’s history goes back more than 5000 years. Excavations in the downtown area have unearthed layers of Phoenician, Hellenistic, Roman, Arab and Ottoman civilizations.

BUS >   Charles Helou Station lies approximately (map) 1 km east of Nejmeh Square, on Charles Helou Avenue, facing the Beirut Port. From there you can take the city buses or hop onto the larger coaches that link Beirut with the neighboring cities.

AIRPORTS >   Beirut–Rafic Hariri International Airport – is located 7 km south of Beirut, and is roughly a 10- to 15-minute drive from the city center.