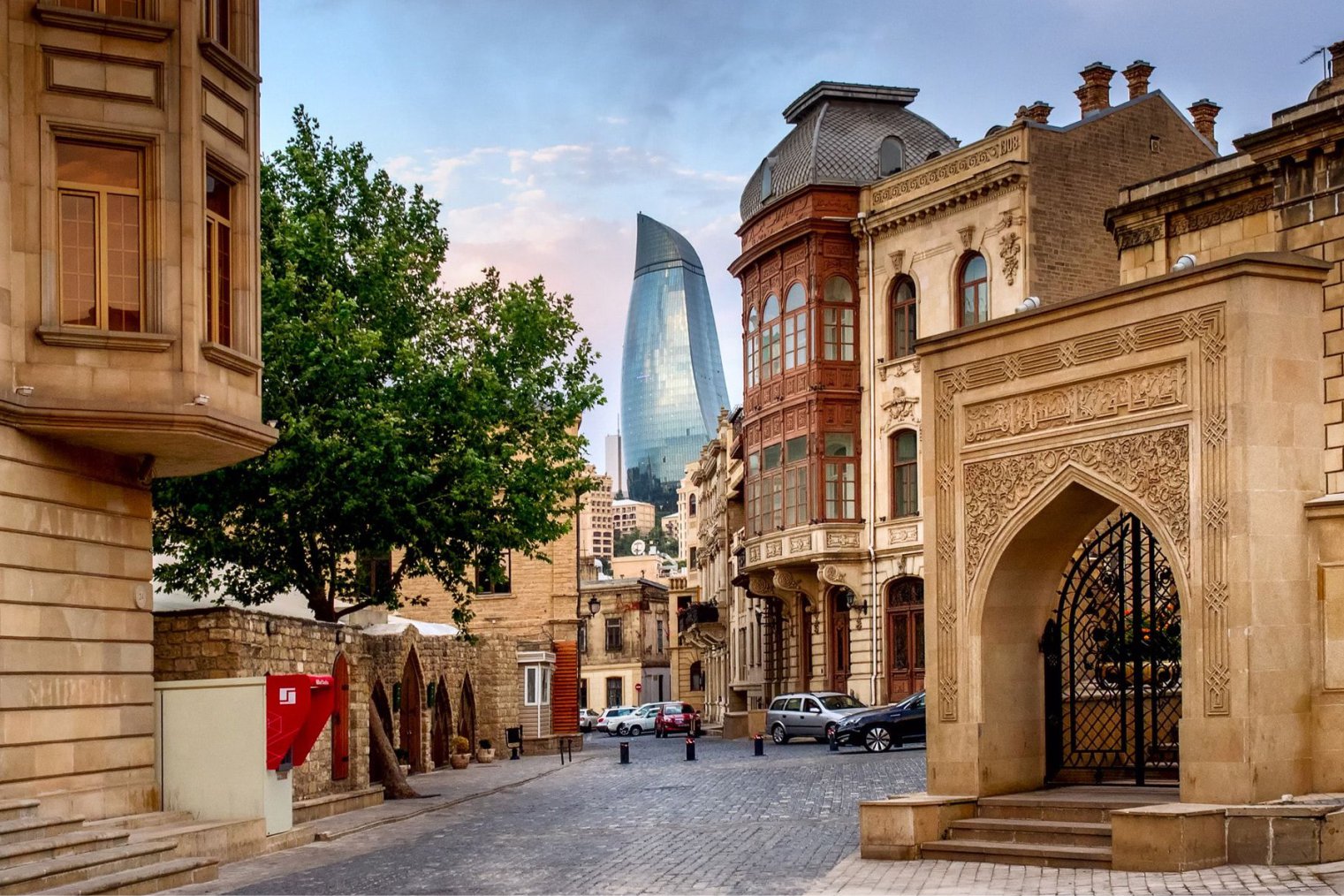 Notable areas are the cities as: *Ganja — Azerbaijan’s second largest city has a long history, some important sites and an interesting and manifold architecture. *Nakhchivan, founded 3,500 years ago, was a centre of traditional medicine and has salt mines and mausoleums.

*Gabala – A new resort town deep in Caucasian Mountains, which has taken its name given from the archaeological site about 20 km southwest. *Shaki – A beautiful city in the forested Caucasus Mountains with lots to see and do. It has one of the largest densities of cultural resources and monuments that span 2,700 years of Azerbaijani history.

*Göygöl National Park (map) — About 25 km further afield from Ganja, near Toğanalı. A hiking and leisure destination, whose lake was formed during a strong earthquake in 1139.

Around 97% of the population are Muslims.

Buses and marshrutkas (aka minibus aka converted delivery van) connect most cities. There is often a hub such as a bus station near the bazaar in these cities.