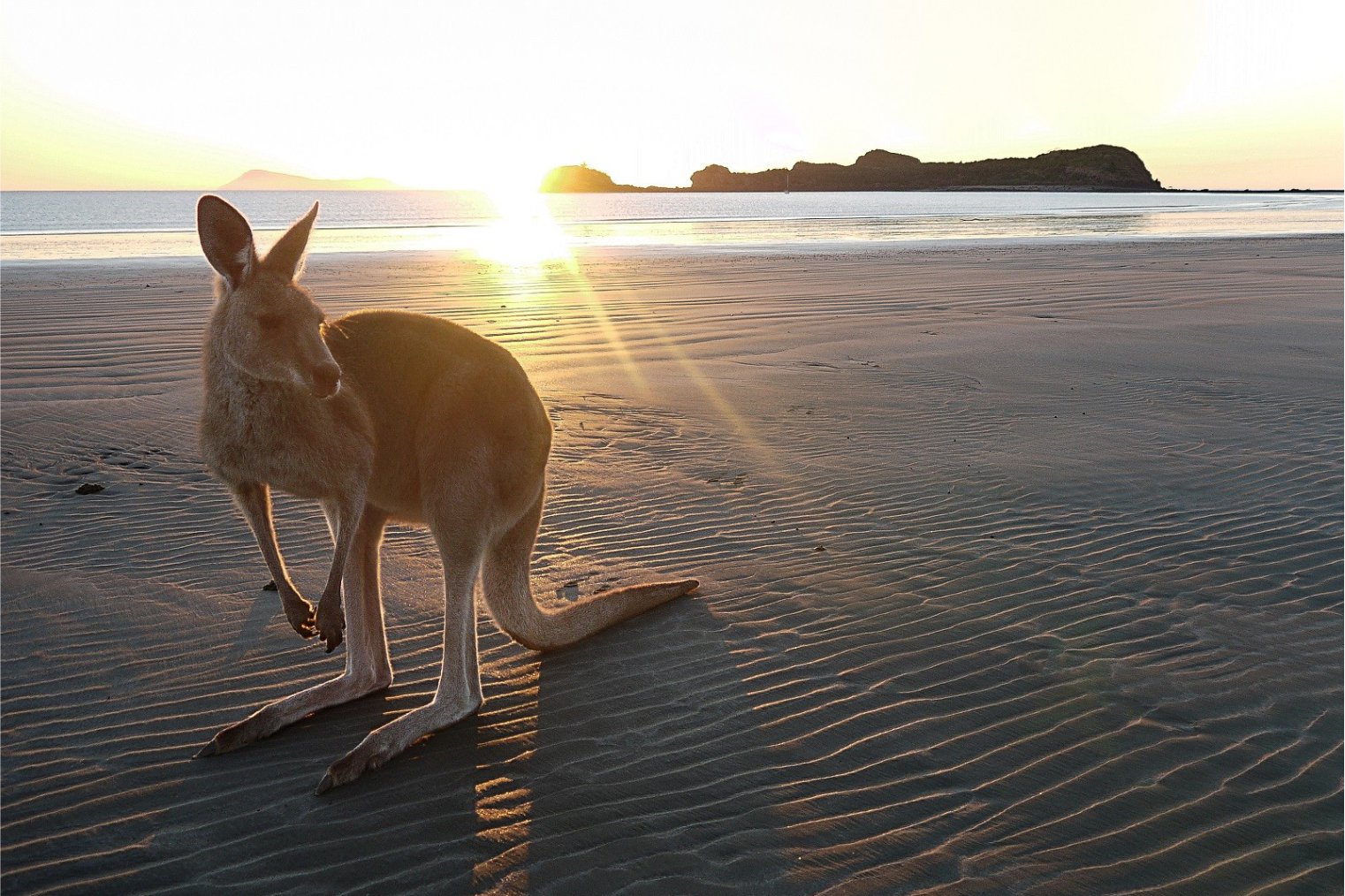 There is nowhere else quite like Australia, the only country that has a whole continent to itself. The landmass of Australia is both the world’s smallest continent and the world’s largest island; making up most of Oceania’s land area.

Cities, states and territories • Getting around

The unique Australian wildlife is also another significant point of interest in the country’s tourism.

Sydney is the Harbour City, and is the largest, oldest and most cosmopolitan city in Australia with an enviable reputation as one of the world’s most beautiful and liveable cities. Brimming with history, nature, culture, art, fashion, cuisine and design, it is set next to miles of ocean coastline and sandy surf beaches. The city is also home to the Sydney Opera House (map) and the Sydney Harbour Bridge (map), two of the most iconic structures on the planet.

*Hervey Bay (map) is a popular tourist town with ample opportunities for whale watching, although there are plenty of other places along the Australian coastline to see whales.

Blue Mountains (wikivoyage, map) – Although not particularly high as a mountain range, the Blue Mountains are nonetheless renowned for their majestic scenery of a unique kind, their cultural attractions and a relatively tranquil, alternative mode of life.

Great Ocean Road (wikivoyage, map) – Other states of Australia do not have their coastal roads as well situated as this one – with either the views, the access, or the length and variety of environments. To travel from Melbourne along this route, even only in sections if restricted by time or budget, is an experience that has an impact on most travelers.

+ Trail Hiking Australia | is not a commercial initiative. This site was founded as a hobby by Darren Edwards.

Bus travel in Australia is cheap and convenient, although the distances involved for interstate connections are daunting. Greyhound has the largest bus route network.

The Spirit of Tasmania – the only long distance ferry route connects Tasmania to the mainland and carries cars and passengers on the route across Bass Strait daily between Melbourne and Devonport.