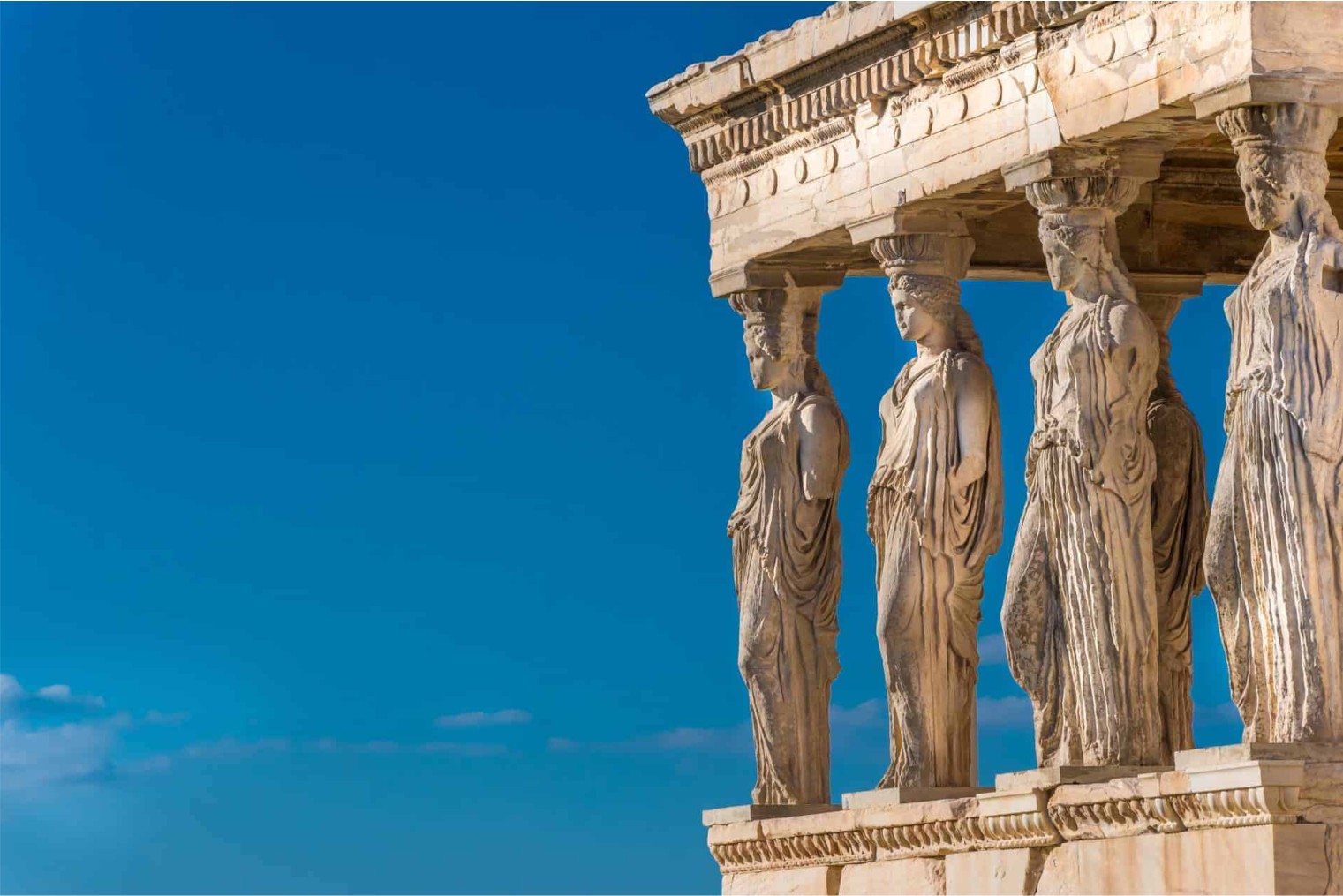 Athens (map) is the capital and largest city of Greece, and is one of the world’s oldest cities, with its recorded history spanning over 3,400 years. It is in many ways the birthplace of Classical Greece, and therefore of Western civilization. Athens was a powerful city-state. It was a center for the arts, learning and philosophy, and the home of Plato’s Academy and Aristotle’s Lyceum.

The heritage of the classical era is still evident in the city, represented by ancient monuments and works of art, the most famous of all being the Parthenon. The city also retains Roman and Byzantine monuments, as well as a smaller number of Ottoman monuments, while its historical urban core features elements of continuity through its millennia of history.

Athens is home to 148 theatrical stages, more than any other city in the world. Athens is also the southernmost capital on the European mainland and the warmest major city in Europe.

Athens is also home to several museums and cultural institutions, such as the National Archeological Museum (map), featuring the world’s largest collection of ancient Greek antiquities, the Acropolis Museum (map), the Museum of Cycladic Art (map), the Benaki Museum (map) and the Byzantine and Christian Museum (map). Athens was the host city of the first modern-day Olympic Games in 1896. >> *List of museums in Greece.

If the weather is good, head out of town on buses A2, B2 or E22 from metro station Sygrou, or the tram from Syntagma to the beaches in south Athens. Just get off wherever the sea takes your fancy.

*Piraeus (map) – the harbour of Athens, and Rafina (on the east coast of Attica) are the departure points for a large number of ferry services to the Greek Islands and other destinations in the eastern Mediterranean, including ports in Italy, Egypt, Turkey, Israel and Cyprus.

Plaka (map), lying just beneath the Acropolis, is famous for its plentiful neoclassical architecture, making up one of the most scenic districts of the city. It remains a prime tourist destination with tavernas, live performances and street salesmen.

Monastiraki (map), for its part, is known for its string of small shops and markets, as well as its crowded flea market and tavernas specialising in souvlaki. Another district known for its student-crammed, stylish cafés is Thiseio or Thission (map) is home to the ancient Temple of Hephaestus (map), standing atop a small hill. This area also has a picturesque 11th-century Byzantine church, as well as a 15th-century Ottoman mosque.

Omonoia Square (map)  is the oldest square in Athens. It is surrounded by hotels and fast food outlets, and contains a metro station, named Omonia station. [Athenians hold negative perceptions for the areas around Omonoia Square and locals advise you to avoid these areas late at night. Omonia is notorious for pickpockets and prostitutes, so keep an eye on your belongings.]

Metaxourgeio (map). The neighborhood is located north of the historical centre of Athens. After a long period of abandonment in the late 20th century, the area is acquiring a reputation as an artistic and fashionable neighborhood following the opening of art galleries, museums, restaurants and cafés.

Psiri (map) neighbourhood – also known as Athens’s “meat packing district” – is dotted with renovated former mansions, artists’ spaces, and small gallery areas. A number of its renovated buildings also host fashionable bars, making it a hotspot for the city in the last decade, while live music restaurants known as “rebetadika”.

The Gazi (map) area, one of the latest in full redevelopment, is located around a historic gas factory, now converted into the Technopolis (map) cultural multiplex, and also includes artists’ areas, small clubs, bars and restaurants, as well as Athens’s “Gay village”.

Syntagma Square (map), is the capital’s central and largest square, lying adjacent to the Greek Parliament and the city’s most notable hotels. Ermou Street, an approximately one-kilometre-long (5⁄8-mile) pedestrian road, is a consumer paradise for both Athenians and tourists. Complete with fashion shops and shopping centres promoting most international brands.

Kolonaki (map) is the area at the base of Lycabettus hill, full of boutiques catering to well-heeled customers by day, and bars and more fashionable restaurants by night, with galleries and museums. This is often regarded as one of the more prestigious areas of the capital.

Spring and late autumn are the best times to visit Athens. Summer can be extremely hot and dry during heatwaves, but this rarely happens. Winter is definitely low season, with the occasional rainy or snowy day, but also an ideal time to save money while enjoying the city without countless other tourists.

CityMapper – Athens | The ultimate transport app and technology for mobility in cities.

BUS >   OSE is the main operator of buses and trolleybuses in Athens. You can get almost anywhere in Greece by bus, but some isolated villages may only have one or two buses per day >> KTEL BUS.