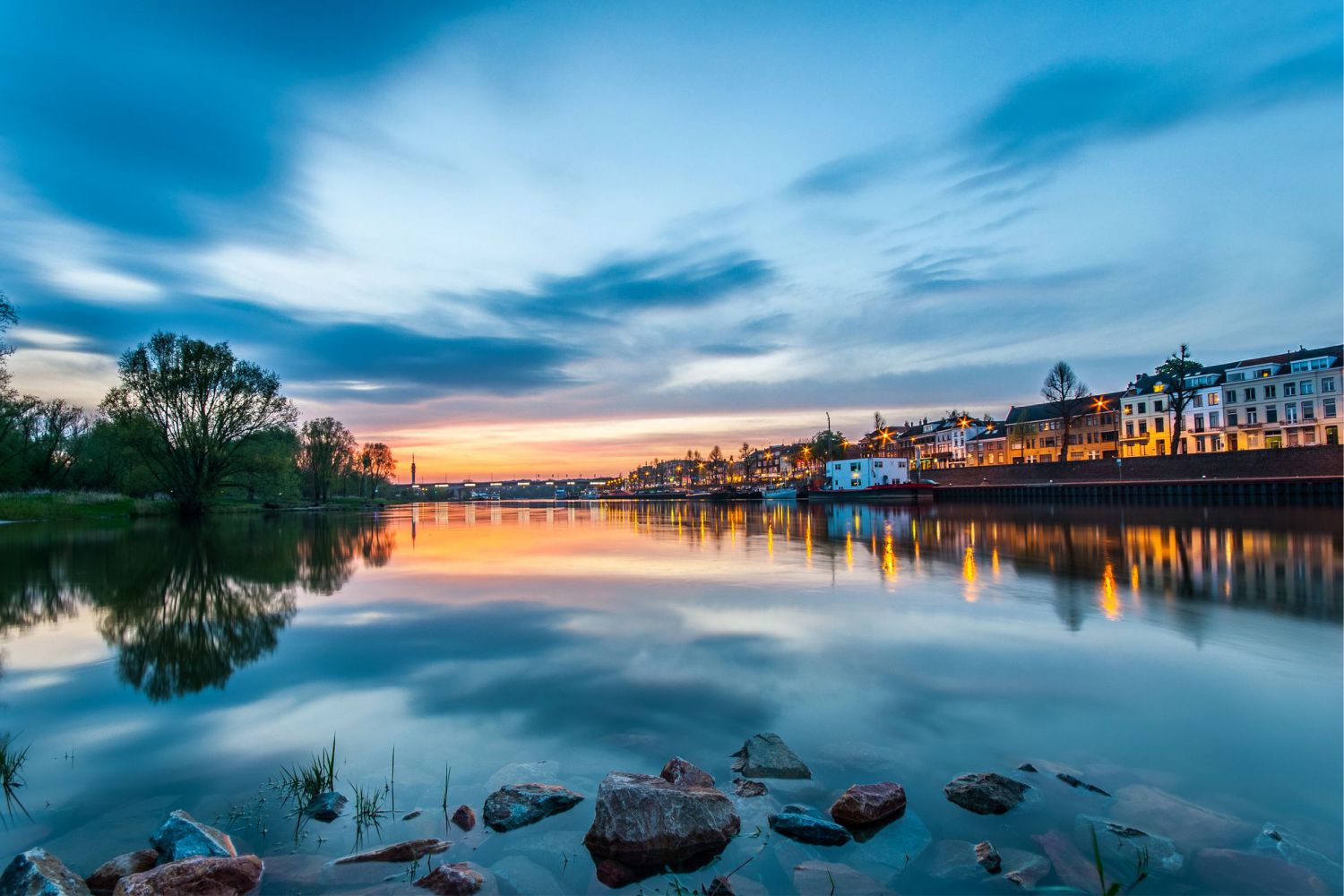 Arnhem (map) is the capital of the Dutch provice Gelderland. In the 19th century, Arnhem was a genteel resort town famous for its picturesque beauty. It was known as “The Little Hague of the East”, mainly because a number of rich former sugar barons or planters from the Indies settled there, as they did in The Hague.

The north corner of the municipality is part of the Hoge Veluwe National Park. It is approximately 55 square kilometres (21 sq mi) in area, consisting of heathlands, sand dunes, and woodlands.

The Nederlands Openluchtmueum (Holland Open Air Museum, map) cherishes traditions and keeps them alive. Visiting this museum provides you an introduction to the early and distant past of Holland.

Nederlands Openluchtmuseum (map). A large outdoor museum featuring windmills and many other heritage buildings. It reflects old and modern Dutch traditions. In the museum you can buy a lot of traditionally made goods, ranging from food, to drinks to paper to other goods. A tram line circles the park running vintage trams on a fairly frequent basis connecting various clusters of heritage buildings.

Hoge Veluwe National Park (map) is one of the largest national parks in the country and a popular short-stay tourist destination for the Dutch. (By public transport)

De Gruyterpassage (entrance via “Musiskwartier” building, map) is a covered, 75-metre-long pedestrian passage built in 1916 in the Art-Nouveau style. It was originally used as a grocery store until about 1980. In 2006, after restoration, the passage reopened as part of a shopping complex.

Historische Kelders (historic cellars, map). 39 interconnected cellars from the 13th, 14th and 15th centuries are preserved and restored under the shopping streets of Arnhem.

Arnhem is the only city in the Netherlands that uses trolleybuses as a means for public transportation.