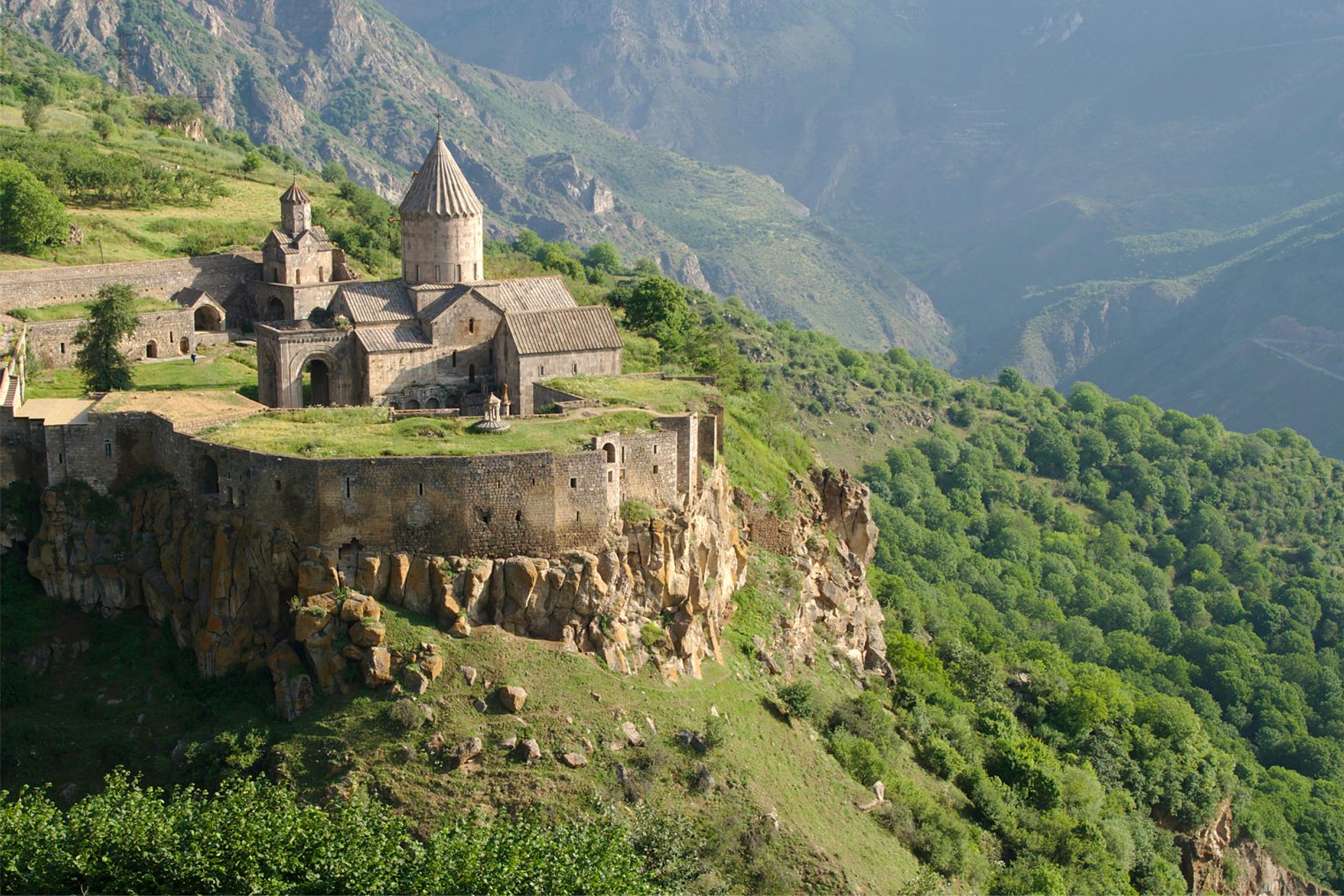 Armenia has been around for at least 3,000 years. Armenians have historically inhabited the “Armenian Highlands”, a vast section of mountains and valleys across eastern Anatolia and the Southern Caucasus. It is here that the biblical mountains of Ararat (and today’s eponymous cognac brand) can be found. Armenia became the world’s first Christian country in 301 AD.

Though relatively small in size, Armenia has four UNESCO world heritage sites. Outdoor activities, sightseeing and nature tourism seem to be the primary attractions. *Tsaghkadzor (map), *Jermuk (map), *Dilijan (map) are known as mountainous resorts, which are outside of the capital.

*Yerevan | the capital, and by far the largest city.

Average elevation of the country area is 10th highest in the world and it has 85.9% mountain area, more than Switzerland or Nepal.

Popular ecotourism destinations include the villages of Kalavan (map), Urtsadzor (map); eco-lodging spots like Yenokavan (map), Lastiver and others.

*Lake Sevan (map), nestled up in the Armenian highlands, is the second largest lake in the world relative to its altitude, at 1,900 metres (6,234 ft) above sea level. This region is centered on the beautiful, 2,000-meter-high Lake Sevan, which is surrounded by ancient monuments, churches, monasteries, and popular beaches. Highlights include the largest khachkar cemetery in the world, the beaches near Sevanavank Monastery (map).

Armenia lies in the highlands surrounding the mountains of Ararat. There is evidence of an early civilisation in Armenia in the Bronze Age and earlier, dating to about 4000 BC. Archaeological surveys in 2010 and 2011 at the Areni-1 cave complex have resulted in the discovery of the world’s earliest known leather shoe, skirt, and wine-producing facility.

Safety Index 2020 published by Numbeo ranks Armenia as 9th safest country in the world, at par with Switzerland.

Zvartnots Airport, 10 km west of Yerevan is the main airport in the country. All trains in Armenia are Soviet-era stock (railway.am).