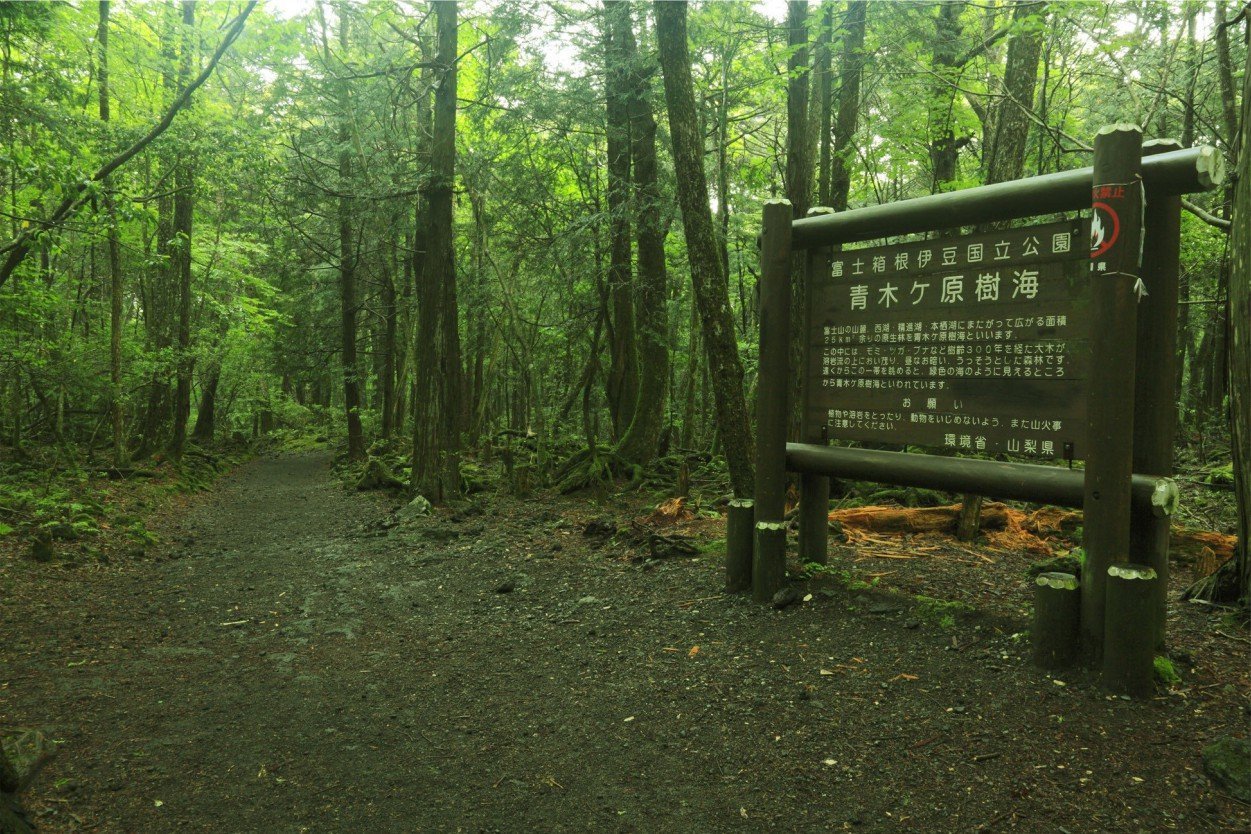 Aokigahara (map) also known as the Sea of Trees (樹海, Jukai), is a forest on the northwestern flank of Mount Fuji (map). The western edge of Aokigahara, where there are several caves that fill with ice in winter, is a popular destination for tourists and school trips.

The forest has a historical reputation as a home to *yūrei: ghosts of the dead in Japanese mythology. At least since the 1960s, Aokigahara has become associated with suicide, eventually becoming known in English by the nickname “the Suicide Forest”, and gaining a reputation as one of the world’s most-used suicide sites.

Aokigahara has been falsely portrayed as a place where navigational compasses go haywire. Needles of magnetic compasses will move if placed directly on the lava, aligning with the rock’s natural magnetism, which varies in iron content and strength by location. However, a compass behaves as expected when held at a normal height.

Aokigahara is sometimes referred to as the most popular site for suicide in Japan. In 2010, the police recorded more than 200 people having attempted suicide in the forest, of whom 54 completed the act.