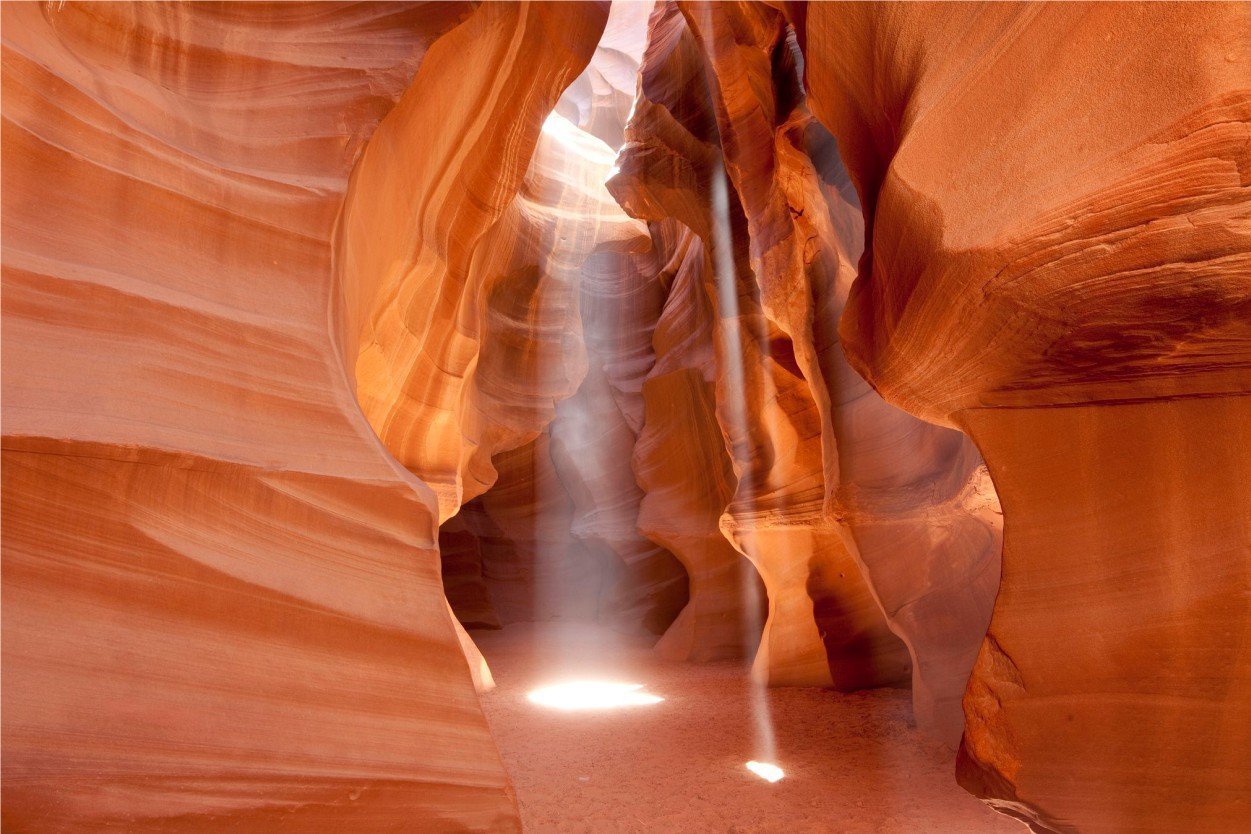 !  They are accessible by guided tour only.

Besides the Upper and Lower areas, there are other slots in the canyon that can be visited, such as the Canyon X which is also part of the same drainage as Antelope Canyon. All visits are through one of several licensed tour operators. It is not possible to visit the Canyon independently.

Upper Antelope Canyon is the most frequently visited by tourists because its entrance and entire length are at ground level, requiring no climbing; and because beams of direct sunlight radiating down from openings at the top of the canyon are much more common. Beams occur most often in summer, as they require the sun to be high in the sky. Winter colors are more muted. Light beams start to peek into the canyon March 20 and disappear by October 7.

Lower Antelope Canyon, it is a more difficult hike than Upper Antelope. It is longer, narrower in places, and even footing is not available in all areas. Five flights of stairs of varying widths are currently available to aid in descent and ascent.  Despite these limitations, Lower Antelope Canyon draws a considerable number of photographers, though casual sightseers are much less common than in the Upper canyon. Photography-only tours are available around midday when light is at its peak. Photographers cannot bring a tripod.

The lower canyon is in the shape of a “V” and shallower than the Upper Antelope. Lighting is better in the early hours and late morning.

Arizona is home to 22 Native American tribes that contribute to the history, culture and economy of the state. While most tribes welcome visitors to experience their proud history and culture, each tribe does have its own guidelines for visitors. In addition, the 22 reservations operate under their own governmental structure. Tribal laws should be viewed in the same manner as U.S. laws and regulations.

::: Source: Amazing Places on Our Planet

Canyons and gorges of Arizona (wiki)