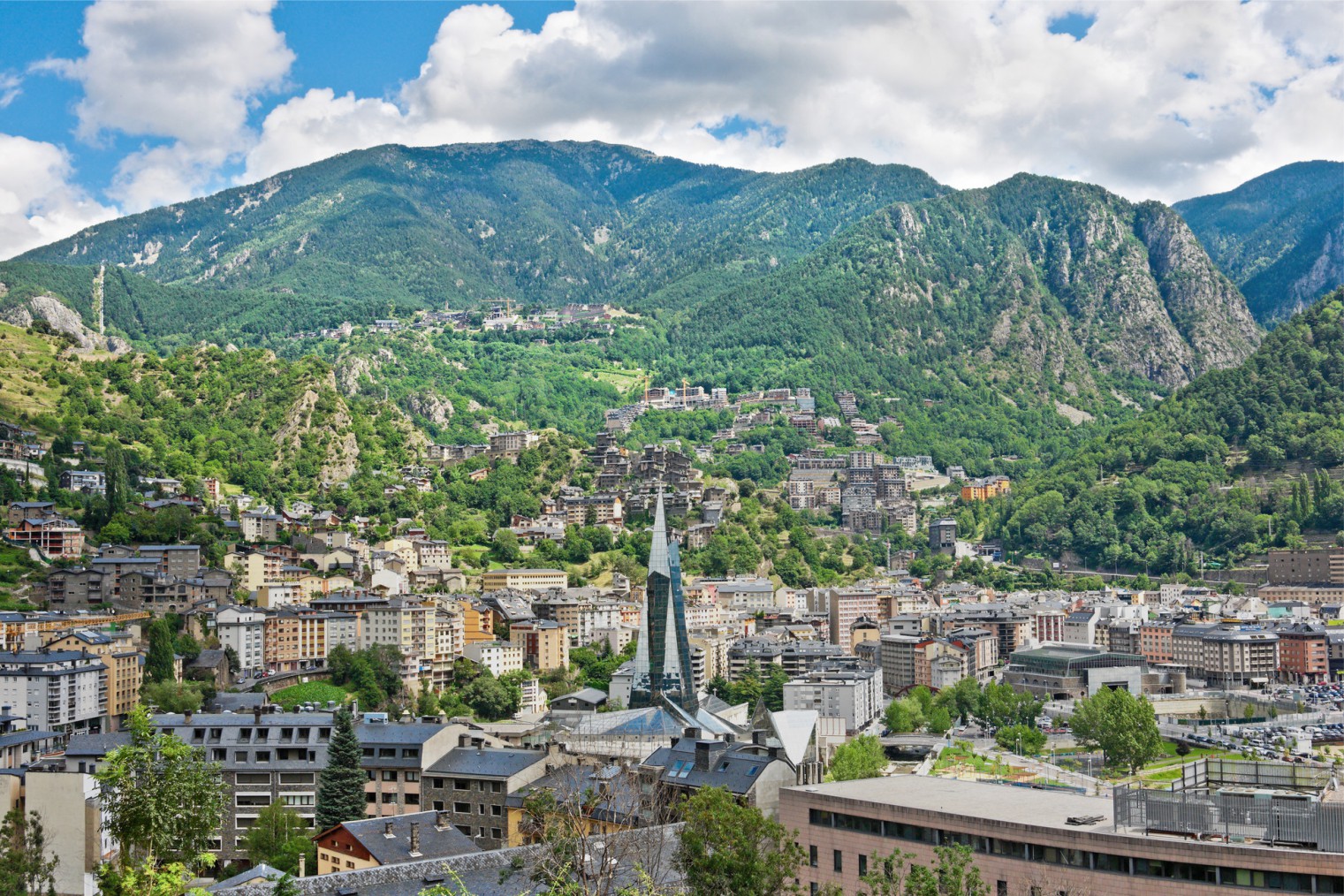 Andorra is a small, mountainous country in Western Europe, located up in the Pyrenees between France and Spain. Full of beautiful mountains and charming old villages, the country thrives on tourism, mainly visitors from nearby countries who come for shopping, skiing, hiking.

Threatened by seemingly unchecked development, the country’s main draw is still its magnificent mountainous landscapes, offering spectacular vistas in every season. At these heights, summers are cool, making for excellent hiking conditions through the romantic green valleys. Challenging day long hikes can be had on even higher grounds, and will take you through truly memorable scenery. Don’t overlook the Madriu-Perafita-Claror Valley (map).

Good places to sample some culture are *Ordino (map), *Santa Coloma d’Andorra (home to the oldest building in the country, a 9th-century church) and *Sant Julia de Loria (map).

Toulouse is the main hub for accessing Andorra.

Andorra is the only sovereign non-island state in Europe to have never had a railway. Rail stations near the border: L’Hospitalet-près-l’Andorre (map), this station is not on the territory of Andorra, but rather in neighboring France, some 3 km (1.9 mi) from the border. Gare de Latour-de-Carol-Enveitg (map), this station is in France but close to the Spanish border.

BUS >> The government of Andorra provides Mobilitat.ad, a website that gives an overview of bus routes into and within Andorra, though it is only in Catalan. Many coach routes serve Andorra, particularly from Spain, mainly Barcelona but also Girona, Madrid, Malaga, Lleida and Valencia.

If you have a few days, then you can easily visit most of the main villages by the local bus service operated by Cooperativa Interurbana Andorrana, S.A.