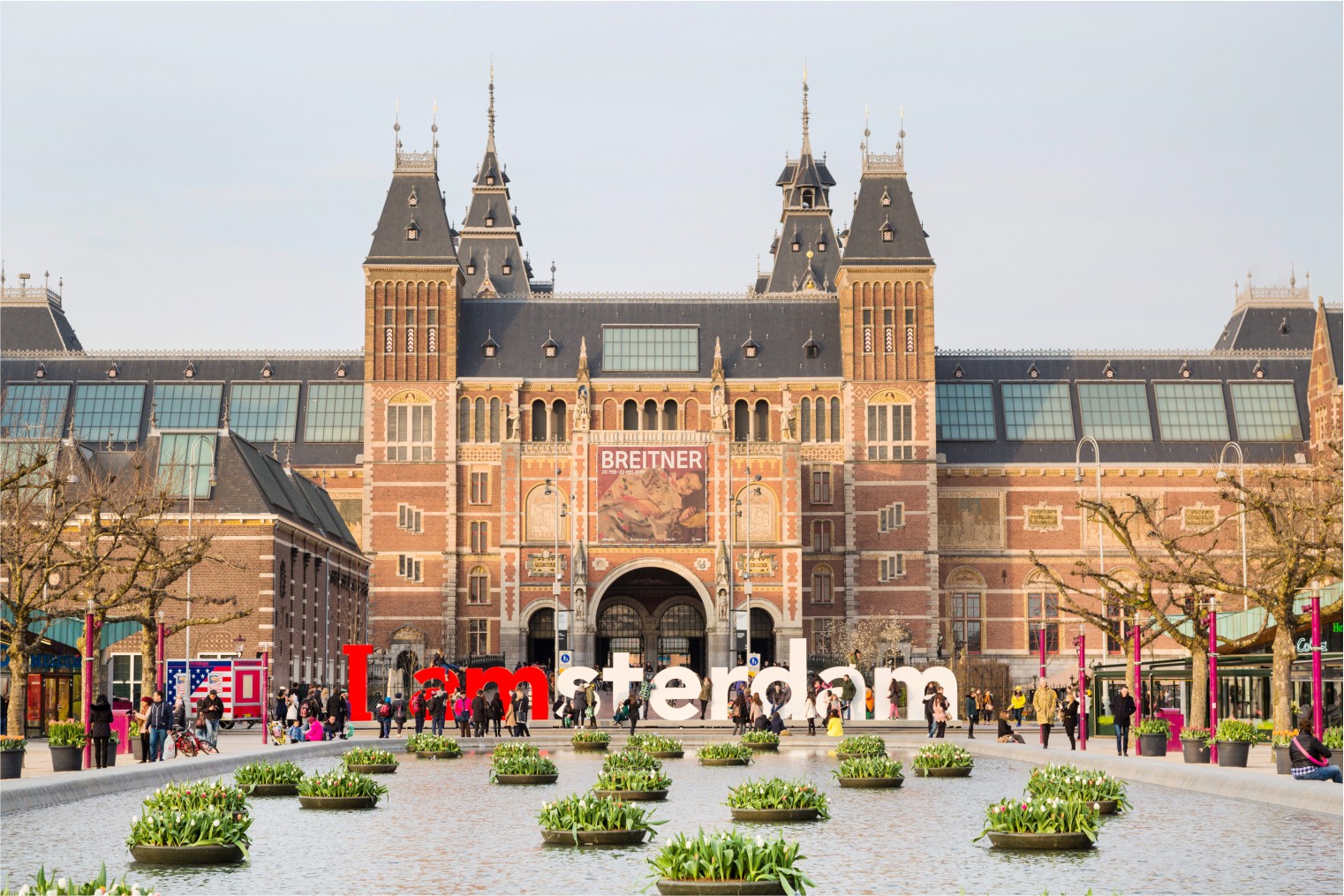 Amsterdam (map) is the Netherlands’ capital and financial, cultural and creative centre. Amsterdam is known for the canals that criss-cross the city, its impressive architecture and more than 1,500 bridges. The city has a heritage dating back to the Dutch Golden Age in the 17th century as well as a diverse art scene and a bustling nightlife.

Amsterdam has one of the largest historic city centres in Europe, with about 7,000 registered historic buildings. The street pattern has been largely unchanged since the 19th century. The centre consists of 90 islands linked by 400 bridges, some of them beautifully lit at night.

The inner part of the city centre, the *Binnenstad, dates from medieval times. The oldest streets are the Warmoesstraat (map) and the Zeedijk (map).

Binnenstad (wikivoyage, map). The medieval centre is the most visited area of Amsterdam and is home to tourist hotspots like Dam Square and the Red Light District. The area is filled with narrow streets, shops, tourists and coffeeshops.

Canal District (wikivoyage, map). A UNESCO World Heritage Site, the Canal District was dug in the 17th century to attract wealthy home owners. And is still a posh neighbourhood and home to the Dutch cultural elite. The Leidseplein (map) and Rembrandtplein (map) are the city’s prime nightlife spots.

Zuid (wikivoyage, map). One of Amsterdam’s prime areas, a trip to the city is not complete without a visit to the Museum Quarter (map). Snooty Oud-Zuid and Apollobuurt are filled with upscale boutiques, cafes and brasseries.

Most Asian restaurants are clustered at the Zeedijk near the Nieuwmarkt and it is often dubbed as Amsterdam’s Chinatown (map). It’s also home to many tokos, small Asian grocery stores that sell Eastern food and spices. Chinatown offers plenty of Chinese, Thai and Japanese restaurants, usually good value.

The Albert Cuyp Market (map) is the largest in Amsterdam, and the best-known street market in the country. The Waterloopleinmarkt (map) is partly a flea market, partly an alternative and second hand clothing and accessories market. It is more oriented towards tourists than to locals.

If you’re looking for authenticity, visit the Dappermarkt (map) or the Ten Katemarkt (map) in West. Both have food, households, flowers and clothing, and have a multicultural flavor.