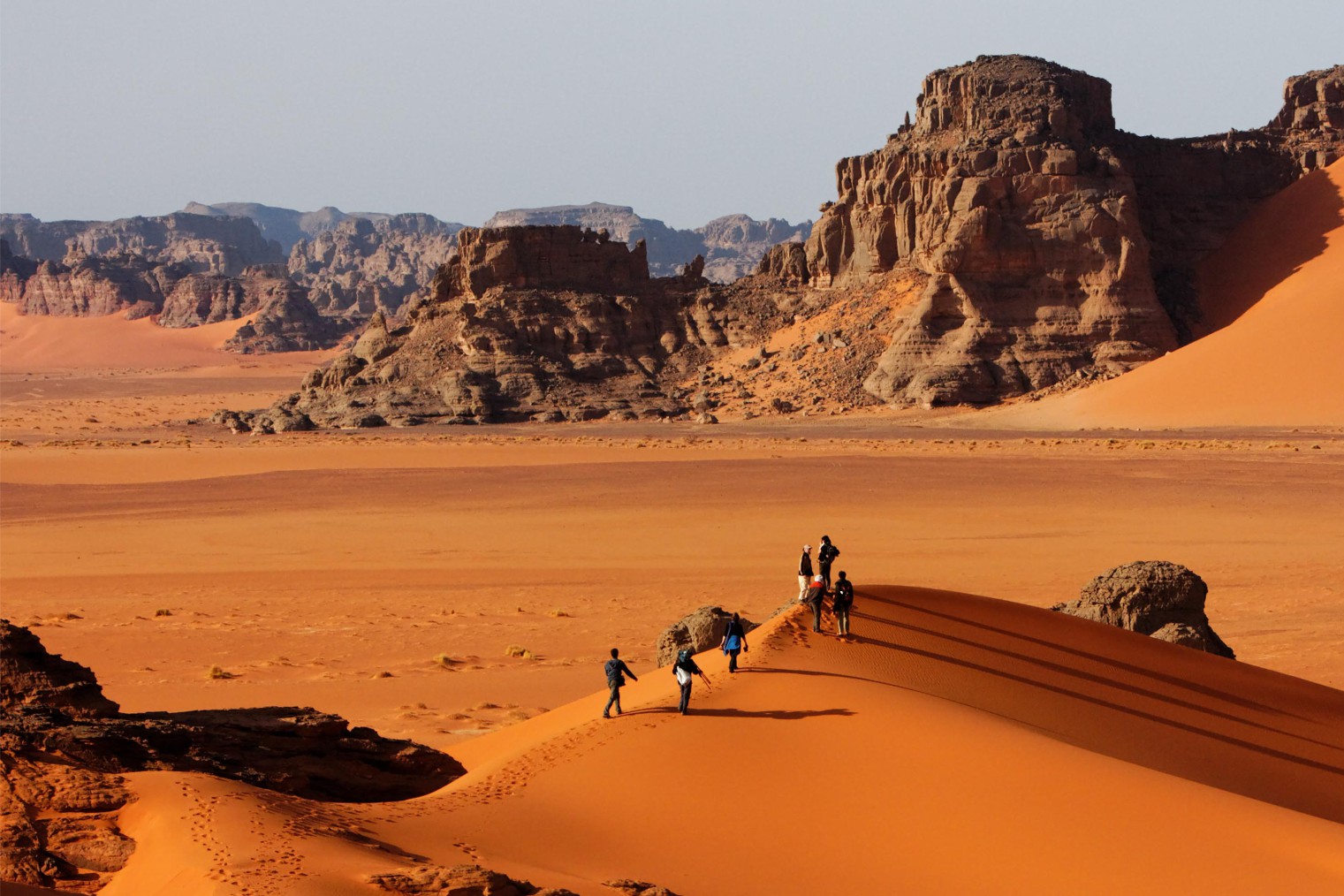 Algeria is the largest country in Africa; one of the main tourist attractions is the Sahara, the second largest desert in the world. While better known for the Roman ruins, Algeria’s greatest tourist possibilities lie in the Sahara; there simply is no other country on earth that can offer the sort of exciting and exotic adventures around the great desert. The crown jewel is the centre of Mozabite culture in the *M’zab Valley (map).

Algerian tourism is best known for its ancient ruins—principally those from the Phoenician, Roman, and Byzantine eras. Some of the most famous include *Timgad near Batna (map), *Hippo Regius (map) at Annaba, *Djemila at Sétif (map), Calama at *Guelma, and ruins from all three empires at *Tipasa.

The Mediterranean beaches in Algeria are woefully underdeveloped, despite excellent potential, owing to the country’s poor security situation scaring off almost all tourists.

Of Algeria’s major cities, you may be surprised at just how little of interest there is to see—Algeria’s more exotic locales are a much bigger draw than its modern culture, Islamic heritage, and colonial legacy.

*Algiers (map), the famed White City, is actually a much less touristic city than one might expect, given its central role in the country’s economic, political, and cultural life. But all visitors will pass through anyway, so the *Casbah of Algiers (map) historic seventeenth century center — is certainly worth a visit.

There are a few nice, more laid-back large cities in the northwest, particularly the country’s second largest city of *Oran (map) and the historic city of *Tlemcen (map). In the northeast, *Constantine (map) is the one major city that deserves a spot on your itinerary.

Algeria is a huge country and travelling between major cities can take a lot of time and nerves as well, while the distances in the more populated north are not so big and a trip from the east to the west can be done in a day travelling to cities in the Sahara is more difficult since the south is barely connected with good roads, train and bus connections.

The Algerian Sahara is one of the most important tourist destinations in Algeria, the Great South is a flagship destination internationally. In the southwestern parts is the mountain range *Tassili n’Ajjer (map) located. This area is a subject of great archaeological interest and was put up on the “World Heritage List” by UNESCO in 1982.

Algerian railways are operated by SNTF and tickets can be bought at train stations.