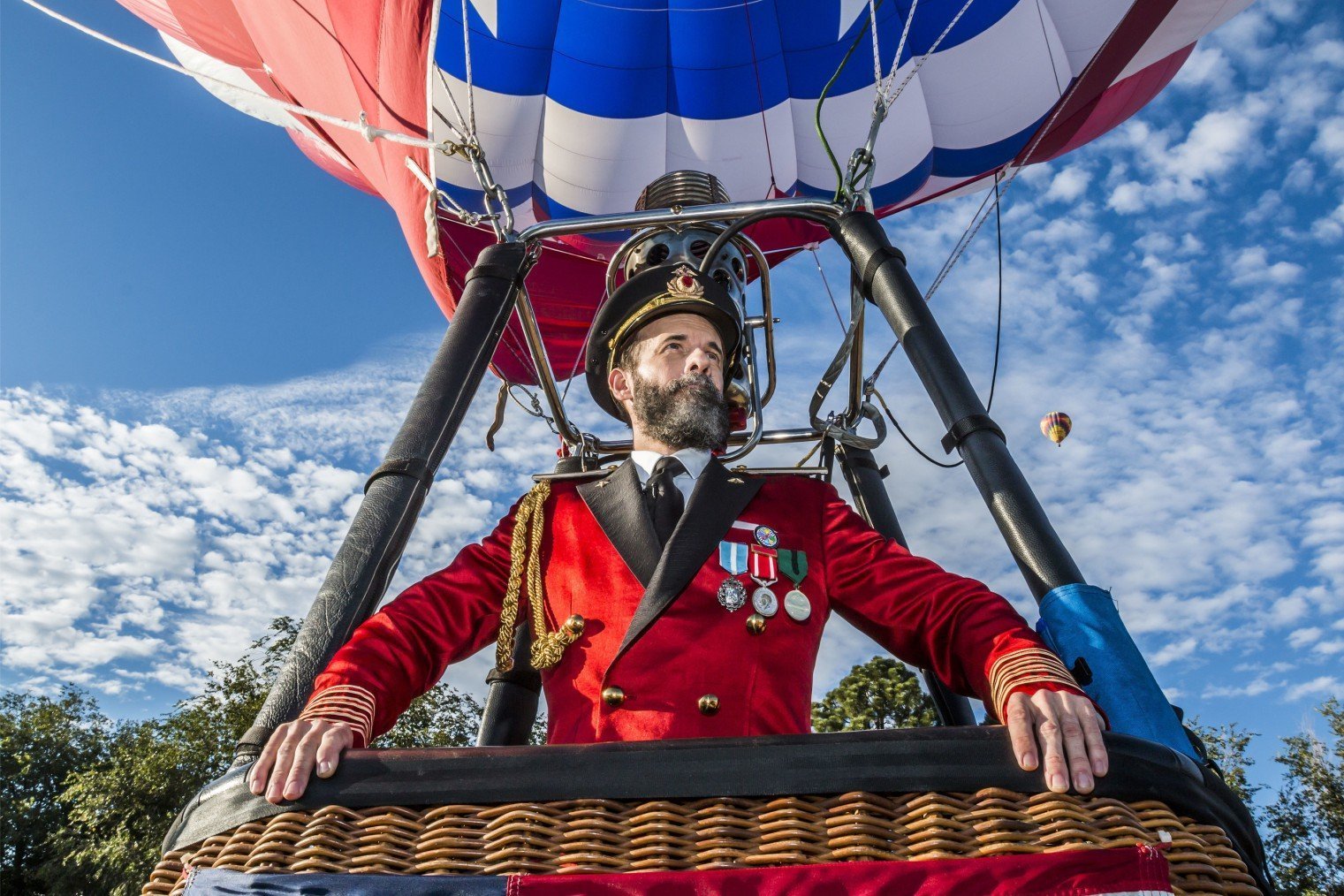 The event is the largest balloon festival in the world, followed by the Grand Est Mondial Air in France. The Balloon Fiesta is a nine-day event occurring in the first full week of October in Albuquerque, New Mexico.

The Balloon Fiesta began in 1972 as the highlight of a 50th birthday celebration for 770 KOB Radio. The Balloon Fiesta grew each year for decades. The number of registered balloons reached a peak of 1,019 in 2000, prompting the Balloon Fiesta Board to limit the number to 750 starting in 2001. Countless more people gather at landing sites all over the city to watch incoming balloons. It has increased to 1,000 in 2011.

The convention has also become a major showcase of New Mexican culture and history and features numerous cultural exhibitions.

Balloon Fiesta Park (map), from which the balloons are launched, is located on the northern edge of the city. In 2005, the Anderson-Abruzzo Albuquerque International Balloon Museum (map) was opened on the grounds. The museum is dedicated to the history, science, sport, and art of ballooning and other innovative forms of flight.

Mass Ascensions. One of the biggest events of the fiesta (about 7AM), where all participating balloons launch in two waves, filling the sky with hundreds of balloons at once. The first wave of the mass ascension typically begins at around 7am, around the time of Albuquerque’s sunrise in early October.

Artistic Vision. Many local artists take advantage of the balloons as favorite subject matter for their paintings.

Special Shape Rodeo. Many non-traditional, uniquely shaped balloons are launched at the same time. Some of the most famous shapes include a milk cow, a wagon coach, twin bees, and many others like soda pop cans and animals. This is the most popular part of the event.

Balloon Glows. Large numbers of balloons are illuminated at night by their propane burners. They stand static and do not take off during these events. The “Glowdeo” is a night glow for the special shapes balloons. Evening Balloon glows are often followed by fireworks displays.

And if you want to do more than watch the balloons, there are several local companies which provide balloon rides year-round:

Albuquerque is often overshadowed as a tourist destination by Santa Fe, 60 mi (97 km) to the north. But any visit to New Mexico would be incomplete without taking in what Albuquerque has to offer. The city has pleasant scenery, colorful history, and a wealth of great attractions in its own right.

Here, in a setting that has been made familiar to many by the television series *Breaking Bad, you’ll find many excellent museums, colorful neon signs along old Route 66, the naturalistic beauty of the Rio Grande (map) and the Sandia Mountains (map), and a spectacular hot-air balloon festival in the fall.

The Old Town (map) is east of Rio Grande Boulevard in between Central Ave. and Mountain Rd. (west of downtown). A nice sightseeing area, Old Town is where the city was founded in 1706 and is a place where centuries of history and modern life merge.