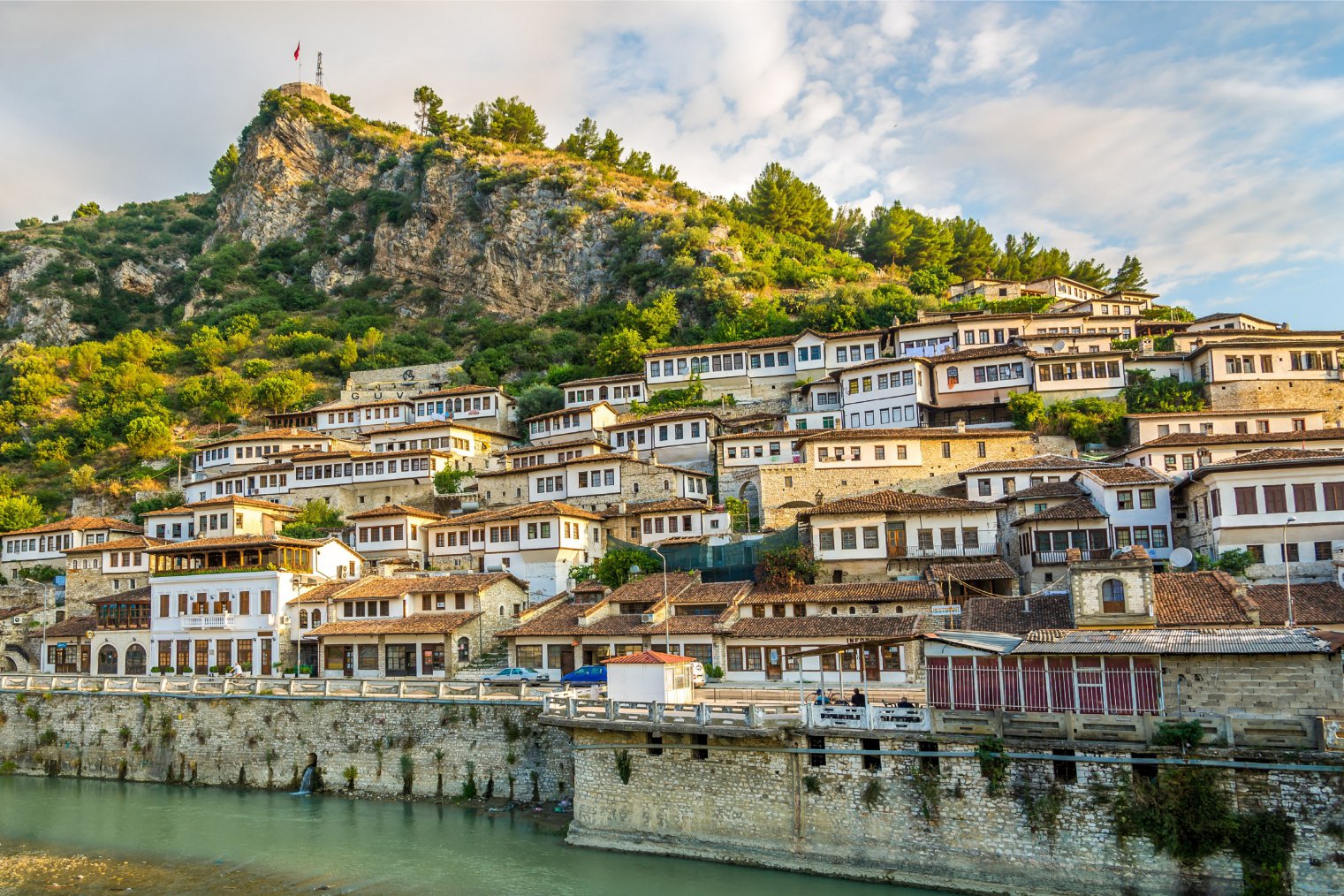 Over the course of history, the territory of Albania was occupied and populated by Romans, Byzantines, Venetians and Ottomans. Notably the country features unspoiled beaches, mountainous landscapes, traditional cuisine, archaeological artifacts, unique traditions, low prices and the wild atmosphere of the countryside.

Albania’s scenic landscapes are dotted with castles, forts and citadels. The castles and forts of the country constitute treasures and legacy of the historic past of Albania.

The northern region of the country is particularly known for its natural and cultural heritage, picturesque alpine mountainous landscapes, scenic highlands, glacial lakes, rich flora and fauna, curative sandy beaches, and historic regions with ancient traditions and delicious cuisine. The Albanian Alps / *Prokletije are among the most valuable and unique features of the northern region of Albania.

*Gashi River and *Rajcë are both a UNESCO World Heritage Site and Nature Reserve. They offers a fascinating and incredibly diverse picture of the original landscapes with less human impact. The river originates and flows through the Albanian Alps in the north until it reaches the Valbona River.

Both *Valbonë Valley National Park (map) and *Theth National Park (map) stretches within the Albanian Alps and offers a variety of opportunities for tourism, fishing, mountaineering and trekking. The Valbona Pass, standing at 1,795 ha (17.95 km2), separates the national parks. The Albanian traditions, hospitality, culture and culinary values of this region are strong elements that those parks offer for tourists.

*Dajti National Park (map) encompasses Dajti, the capital’s hausberg in the east. It is accessible all year round and can be reached on foot or cable cars. Climbing the mountain offers visitors views down into Tirana and over the mountains behind it, part of the *Mali me Gropa-Bizë-Martanesh Protected Landscape (map).

*Krujë (map), the capital of the Principality of Arbër during the Middle Ages. Due to the long and continuous history of the city, it is home to several archaeological sites and structures that are still evident.

*Durrës (map) is one of the oldest cities in the world and home to the Durrës Amphitheatre, which is among the largest in the Balkan Peninsula.

Stretching in the southwest, the Albanian Riviera is well known for its pure blue and turquoise beaches and has been a favorite destination for local and foreign visitors. Many villages and towns in the area are nationally known such as Dhërmi (map), Lukovë (map), Palasë (map), Qeparo (map) and Borsh (map).

Butrint National Park (map) is both a UNESCO World Heritage Site and National Park. The city lies in the south of Sarandë along the southern Albanian Ionian Sea Coast.

*Fir of Hotova-Dangell National Park (map) is the country’s largest national park and stretches within a remote mountainous region of Nemërçka and Tomorr between the Vjosa Valley in the west and the Osum Valley in the northeast. The narrow and deep Lengarica Canyon (map) in Përmet with numerous caves and thermal springs such as Banjat e Bënjës are among the most visited areas in the park.

*Berat (map) is one of the world’s oldest continuously inhabited cities and is a UNESCO World Heritage Site. The city is known as a museum and city and also referred as the city of thousands of windows. Today, the city bears witness to the coexistence of various religious and cultural communities down the centuries.

*Gjirokastër (map) is listed with Berat as a UNESCO World Heritage Site. The city is described as a rare example of a well-preserved Ottoman town, built by farmers of large estate.