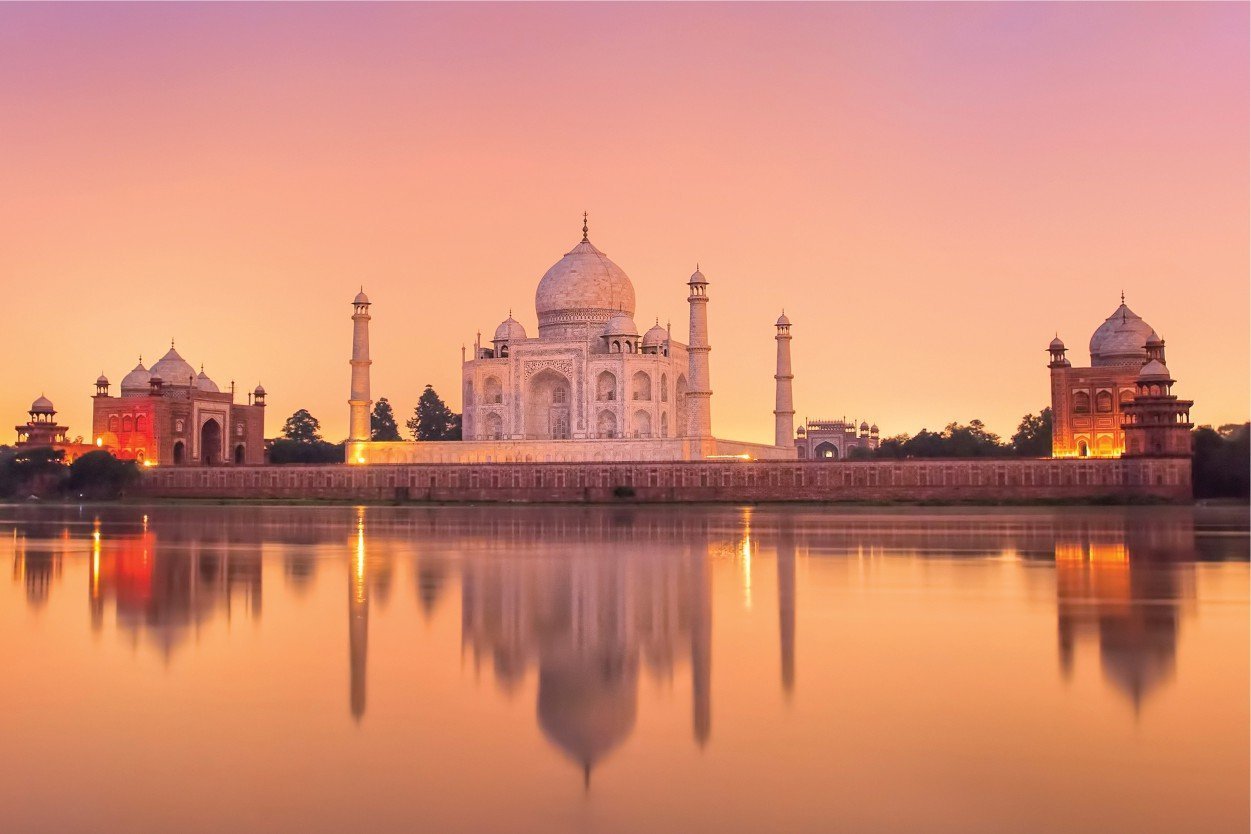 Agra (map) is a city in the state of *Uttar Pradesh, about 210 km (130 mi) south of the national capital New Delhi and 335 km west of the state capital *Lucknow.

Under Mughal rule, Agra became a centre for learning, arts, commerce, and religion, and saw the construction of the Agra Fort (map), *Akbar’s tomb / Sikandra Fort (map) and Agra’s most prized monument, the Taj Mahal (map), built by Shah Jahan as a mausoleum for his favourite empress. The Taj Mahal and the Agra Fort are UNESCO World Heritage Sites.

The best way to experience the city is to take a walk on the Mall Road (Sadar, map). The street is full of handicraft and leather goods shops. You will also find plenty of food items quite unique to the city.

For the vast majority of visitors, a single day in Agra is more than enough.

Pollution, especially smog and litter, is rampant and visitors are pestered by swarms of touts and hawkers at every monument, besides the inner Taj Mahal which, once you are in, is free of scams and touts. The Taj is one of the most well preserved and architecturally beautiful tombs in the world, one of the masterpieces of Indo-Islamic architecture and one of the world’s great heritage sites.

Get there as early as possible to beat the crowds, and plan to visit the Taj at least two different times during the day (dusk and dawn are best) in order to experience the full effect of changing sunlight on the amazing building. Although it is one of the most photographed edifices in the world and instantly recognisable, actually seeing it in person is awe-inspiring.

Agra Fort is similar in layout to the Red Fort in Delhi, but considerably better preserved, as much of Delhi Fort was razed by the British after the Mutiny.

The Aram Bagh (map), commonly known as Ram Bagh today, is one of the oldest Mughal garden in India, and was built by the Mughal emperor Babur in 1528 on the bank of the Yamuna.

Taj Mahotsav is a cultural festival and craft fair. The fair is held in a big field in Shilpgram, near the eastern gate of the Taj Mahal. A large number of Indian and foreign tourists coming to Agra join this festivity. One of the objectives of this craft fair is to provide encouragement to the artisans.

Don’t leave cash or any valuables in the hotel room. Never pay anyone for anything upfront, including taxi drivers. Beware of pickpockets.

During the winter season, the weather of Agra is unpredictable and temperature may go as low as freezing; be well prepared.

Agra is on the main train line between the Delhi-Mumbai (Bombay) and Delhi-Chennai routes, and many trains connect Agra with these cities every day.