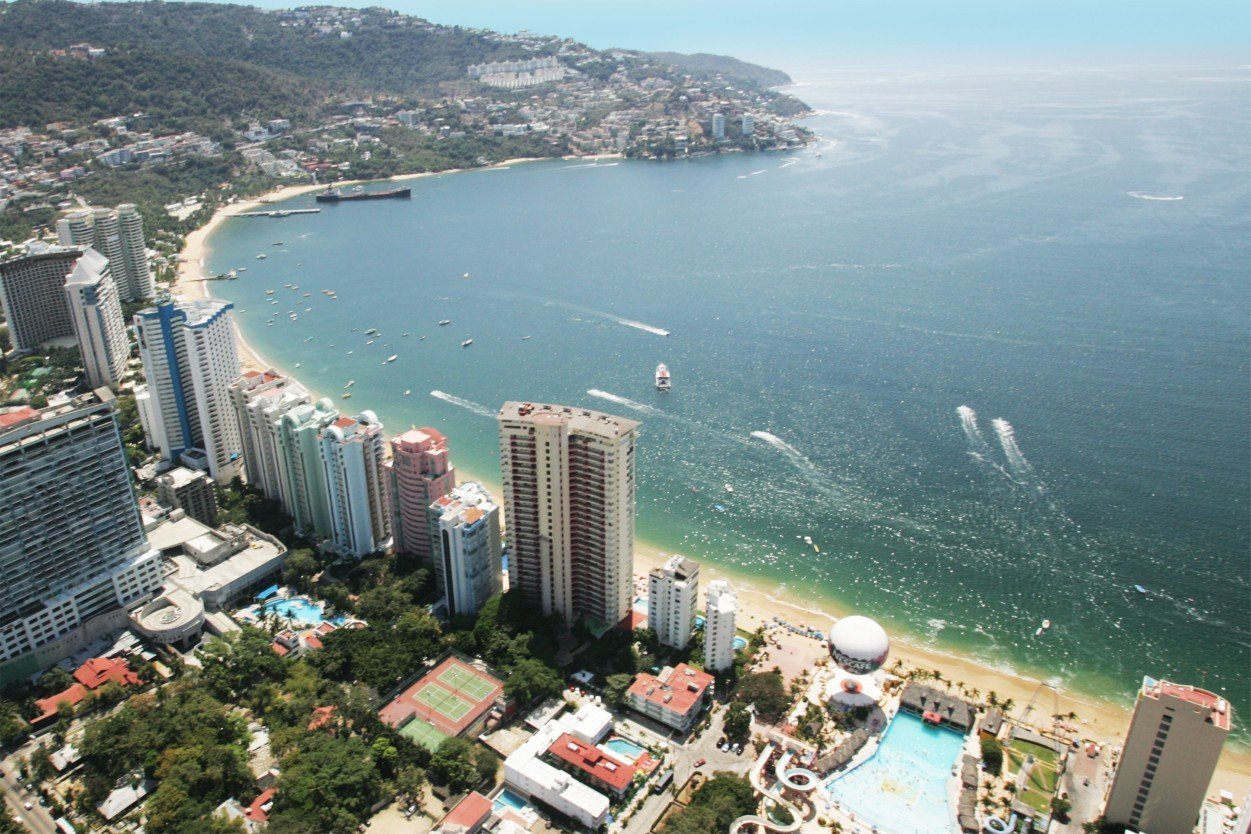 Acapulco (map) is the original Mexican resort town, 380 kilometres (240 mi) south of Mexico City. It remains a major destination and a worthwhile trip and is the number two Mexican spring break destination among U.S. college students.

Acapulco was once a popular tourist resort, but due to a massive upsurge in gang violence and murder since 2014 it no longer attracts many foreign tourists, and most now only come from Mexico itself. It is both the sixth deadliest city in Mexico and the seventh-deadliest city in the world.

Acapulco’s main attraction is its nightlife, as it has been for many decades. Acapulco’s most historic building is the Fort of San Diego (map), located east of the main square and originally built in 1616 to protect the city from pirate attacks.

While much of the glitz and glamour that made Acapulco famous still remains, from the latter 20th century on, the city has also taken on other less-positive reputations. Some consider it a passé resort, eclipsed by the newer Cancún (map) and *Cabo San Lucas (map).

The city is divided into three tourist areas. Traditional Acapulco is the old part of the port. This older section of town now caters to a mostly middle-class, almost exclusively Mexican clientele, while the glitzier newer section caters to the Mexican upper classes, many of whom never venture into the older, traditional part of town.

Acapulco Dorado had its development between the 1950s and the 1970s, and is about 25 minutes from the Acapulco International Airport. It is the area that presents the most tourist influx in the port, runs through much of the Acapulco bay, from Icacos, passing through Costera Miguel Aleman Avenue, which is the main one, to Papagayo Park.

Acapulco Diamante, also known as Punta Diamante, is the newest and most developed part of the port, with investment having created one of the greatest concentrations of luxury facilities in Mexico, including exclusive hotels and resorts of international chains, residential complexes, luxury condominiums and private villas, spas, restaurants, shopping areas and a golf course. It is 10 minutes from the Acapulco International Airport.

La Quebrada Cliff Divers (map). No visit to Acapulco is complete without watching the cliff divers perform their impressive jumps into the shallow stream of water of dangerous tides that forms in the bottom part of La Quebrada.

Zócalo (map) Acapulco’s town square, lies on the western side of La Costera. It’s cool, shady and peaceful during the daytime. The Zócalo tends to expose more local culture than other, more tourist-centric, areas. Zócalo contains Acapulco’s cathedral, as well as many restaurants ranging in size from sidewalk bistros and tiny street-corner kitchens. Between 20:00 and 23:00 the place is flooded with locals & chilangoes.